The mantel of prayer
is a gift to you, disciple of Christ,
not to a specific priest so accept it
as a sword to wield in the battle field.

Let the flames of prayer be released
from within to set alight Satan’s plans
and to ignite the Word of truth in God’s sons.
Watchman!

Look to see and hear the LORD.
Sound the alarm at the enemy’s advance
upon man and with the armies of God
shoot the arrow at the hordes of hell as
a protector and defender of man.
Warrior!

As an impenetrable wall,
the LORD entreats that your prayer rain is released to fall
as fire and brimstone for the retreat of the armies of hell,
for He says
“The thief only comes to steal, kill, and destroy.

I came that they may have life, and may have it abundantly.”(1)

Forever seated in heavenly places
and in oneness with Spirit and Royal High Priest,
be a bridge for the crossing over into God’s turf,
a mother to carry the vision unto birth and
a midwife, for the bringing forth of God’s plans.

stand in unity on the Rock of Salvation,
your Foundation Stone who is Christ,
the Chief Cornerstone.

I Surrender (Poetic Song to Father)

You Tube Channel: WORD VIRTUES FOR YOUR HEART

Please support me in spreading the Word of God — Audio-Visual videos with pictures/images presenting Bible Verses, Poetry & Counsel — by subscribing, liking and sharing. Thank you! 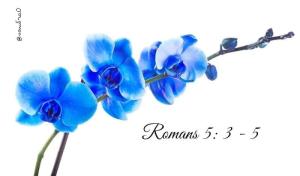